The snow birds don't know what they are missing.

Those of us who live here year round are treated to some epic scenery thanks to the summer's weather pattern.

I grew up in the Midwest and spent most of my life north of the Mason-Dixon Line. Moving here to become a staff photographer at the Daily News, I noticed something drastically different about the skies down here in my pictures.

This part of July in my hometown of St. Louis, there is often a haze hanging in the air. A skyline shot of the city can look monochromatic.

Things are different here in Florida, especially during summers. There is clarity in the air. The blue skies seem bluer. Late in the day, the sky opposite the sun looks like you have used a polarizing filter to deepen its hue.

A few clicks of the camera to slightly underexpose a scene and the sunlit skies turn theatrical. Ansel Adams and Clyde Butcher are masters of translating this beauty into a photograph.

On the way home from work last week, I could see from US 41 that retreating afternoon showers were creating quite a scene over the Gulf of Mexico as the sun went down. I stopped at Lowdermilk Park to find a jovial scene of beach-goers mulling about center stage.

Seventeen-year-old Cole Nichols, a life-long resident of Naples, skimboarded across a moderate chop in the water. His six-foot-plus stature was dwarfed by the epic skies in the background.

I set my camera’s exposure to two-thirds of a stop underexposed and snapped a few frames. Cole appeared to be surfing between the clouds.

A day later, curiosity got the better of me and I gave a call to the National Weather Service office in Miami to see if they could shed some light on the phenomenon. I wanted to know what it is that creates this ‘pop’ in the skies.

Meteorologist Roberto Garcia answered the phone in the office producing the daily forecasts of South Florida, south of Lake Okeechobee.

After explaining my curiosity 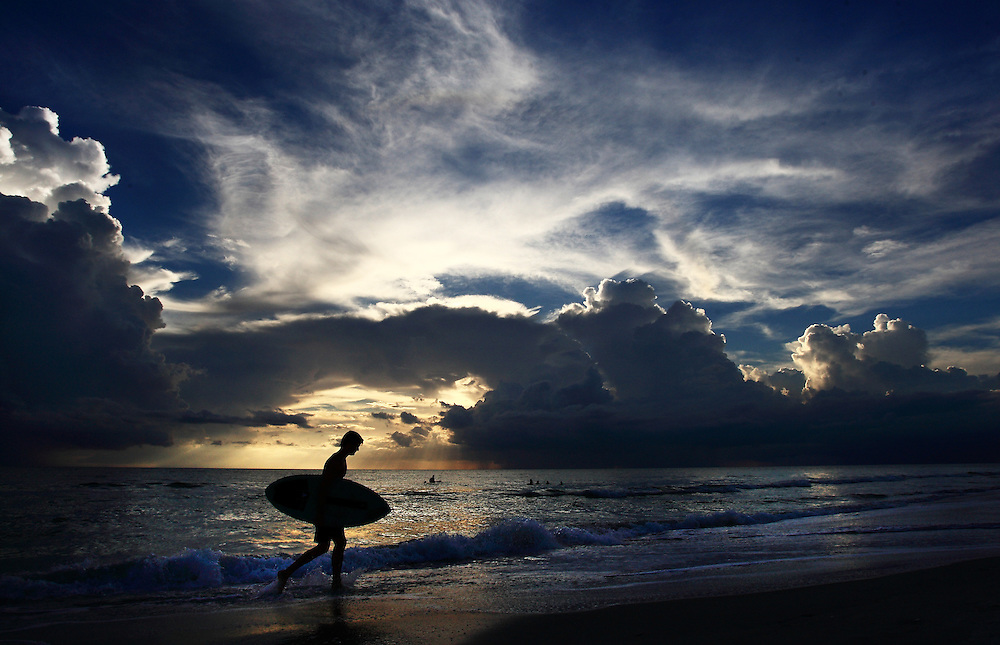