A bullet "drop zone" is seen at the Skyway Trap & Skeet Club on April 12, 2016 in St. Petersburg, Fla. In 2004, the Southwest Florida Water Management District spent $25 million in taxpayer money to remediate toxic lead from the neighboring Sawgrass Lake Park wetlands and to build a berm to stop further contamination. After a decade-long legal battle between the District and the gun range, a lawsuit was dropped in February after NRA lobbyist Marion Hammer called for the agency's dissolution. (David Albers for The Trace) 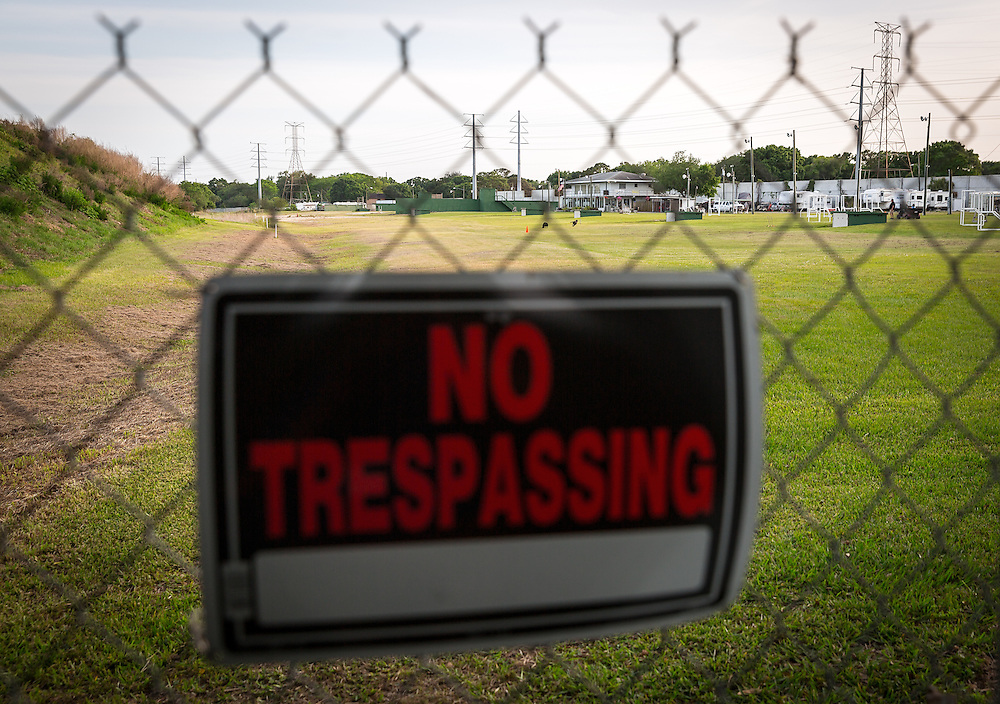